Béluga, a supercomputer for science

Did you say SUPERcomputer?

In the 1960s, a supercomputer was actually a really big computer. At the time, to get more power, we tried to manufacture bigger and bigger computer parts! This may seem logical, but we quickly realized that the laws of physics (and our wallet) prevented us from going too big.

To overcome this size problem, the trick is to create what we call computer clusters. These supercomputers, which resemble clusters of grapes, are actually several computers connected to each other. 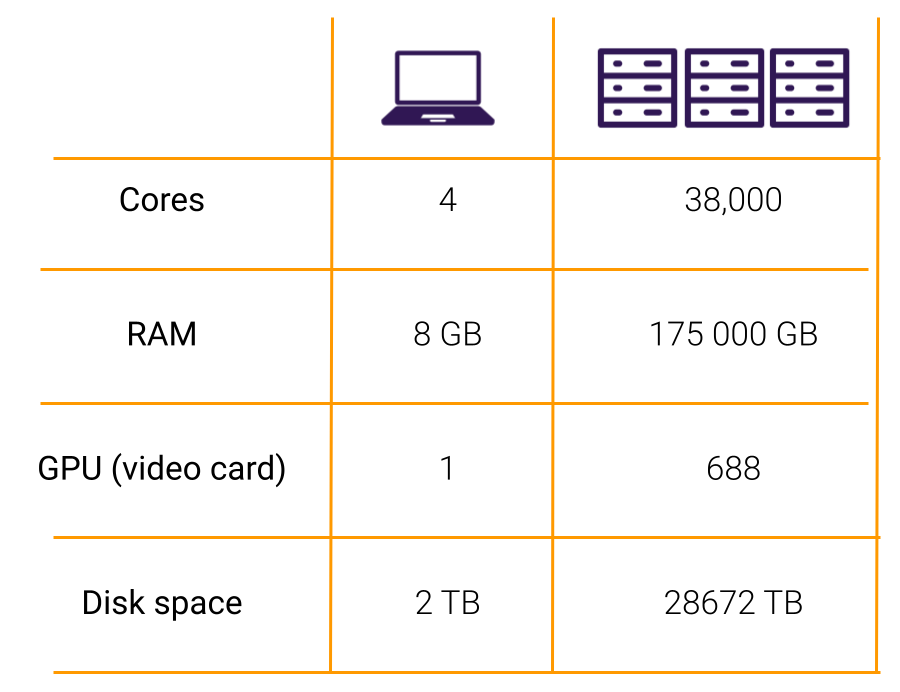 Béluga compared to a desktop computer.

Therefore, Béluga isn’t one big computer, but a whole room full of computers!

“The different servers are connected by network cables, similar to what we find in offices or homes, except that Béluga is equipped in a faster variant, with speeds of 25 to 100 gigabits per second,” explains Richard Lefebvre, systems administrator at Calcul Québec. “It’s 250 times faster than the fastest Internet account available at home and over 3000 times faster than an average account (30mb/s for downloading).”

Béluga is a supercomputer dedicated to research located in Québec. It is shared by thousands of researchers, mainly in Québec, but also throughout Canada. Scientists use it for their research in physics, astronomy, genomics, health, and even a few surprising fields such as music and literature!

Béluga is not the only supercomputer with this mission. It’s one of five national supercomputers included in the Compute Canada Federation: Graham and Niagara are in Ontario, and Arbutus and Cedar in British Columbia.

Powering a supercomputer is no small task. On average, Béluga continuously uses 450 kWh of power. This corresponds to the electricity used by 180 households in Québec, including heat.

Here is what Béluga looks like. It is made up of several rows of servers like these ones. When you walk around it, the lights, noise, and heat is evidence of all the research that goes on there day and night.

At Calcul Québec, our expertise is advanced research computing. We help scientists by providing assistance, training and supercomputers for their research.

This article was written in collaboration and revised by a high performance computing expert. 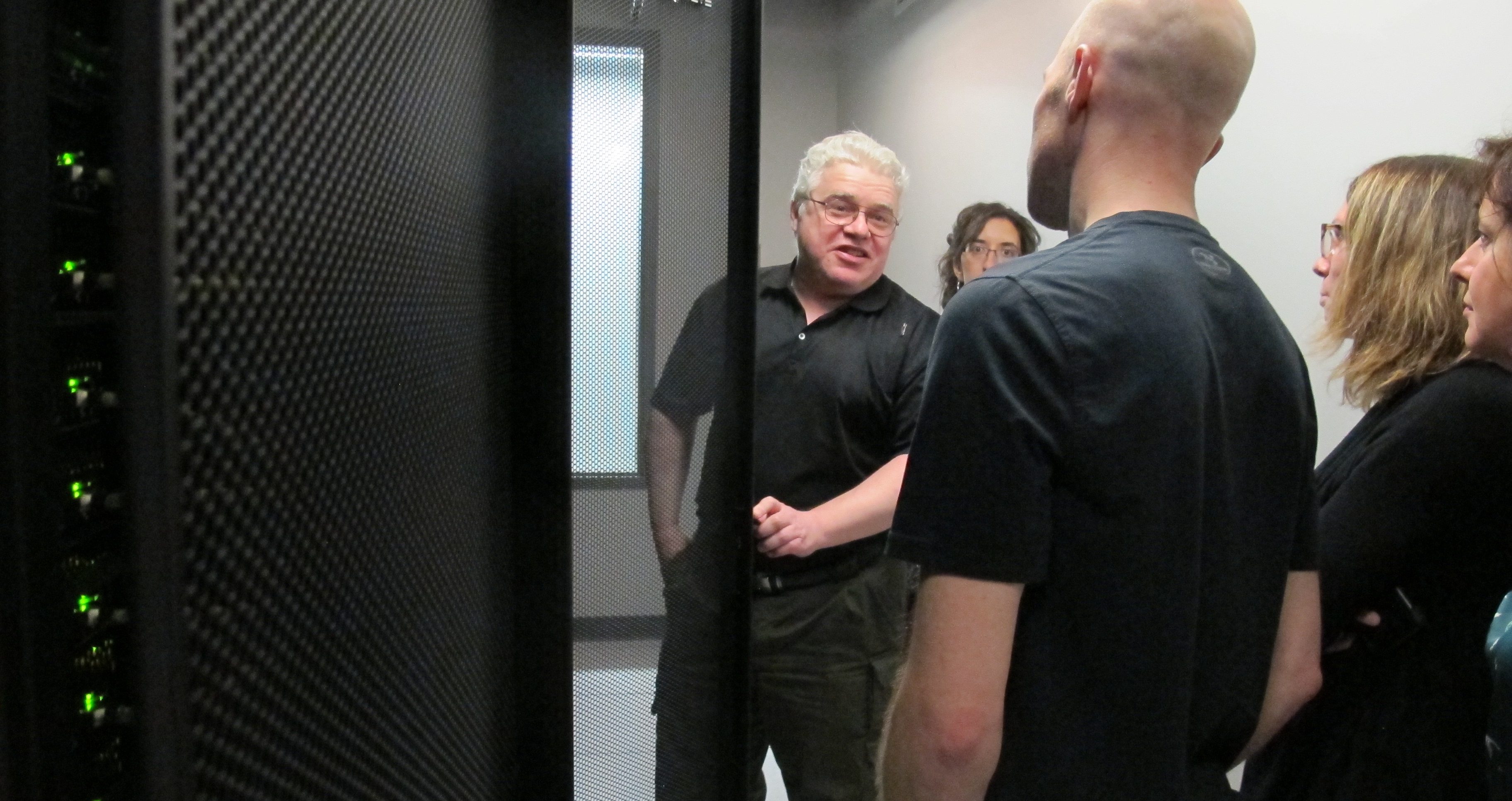 Richard Lefebvre grew up in the Bas-Saint-Laurent Region. He went to Ottawa for his university studies in aeronautical engineering before moving to Montreal. Involved in advanced computing in Quebec since 1990, Richard is an experienced system administrator.