Discover the work of Michel Barrette, a system administrator at Calcul Québec 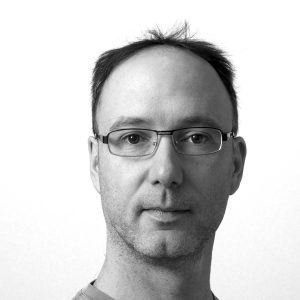 “Michel Barrette is a truly outstanding analyst, whose passion is to make research possible,” says nominator David Sénéchal. Sénéchal is a professor at the Université de Sherbrooke and has worked with Barrette for several years. Sénéchal says Barrette has been “a lifeline” to his team — especially when they need to have a new library installed on a Compute Canada system.

“Requests were treated within a few hours, sometimes even less,” says Sénéchal. “In addition, I have asked Michel to provide me with bids and optimal configurations for small systems paid for by small to medium grants. He always did a wonderful job of selecting the best deals, with pros and cons, for the funds available, and managed to insert these small systems into the Compute Canada ecosystem.”

For his part, André-Marie Tremblay, professor and Chair of Research in the Theory of Quantum Materials, says Barrette has supported his research for about 20 years — even before Compute Canada existed.

“The experience he has gained has allowed him to be very helpful to Compute Canada from the beginning of his employment,” says Tremblay. “In his role of assisting researchers, Michel often answers questions within minutes. Whether it’s a question of installing new software, connection problems or bugs in the system, Michel’s help is essential to the success of my research.”

Sénéchal believes this award is an excellent way to recognize Barrette’s “dedication to Canadian researchers and to high-powered computing in Canada.”

Michel is one of the 3 members of Calcul Québec who received an Award of Excellence this year. You can also discover the profils of Félix-Antoine Fortin and Richard Lefebvre.